To inculcate the reading habit and also to facilitate people to share the knowledge with others, library has initiated “Book Talk” event.

With his vast knowledge on this great epic, in depth insights on Valmiki Ramayana enlightened us explained us somethings which we were heard of first time.

Dr. Singh has begun his talks on time period of Ramayana and said there is a little documentation about the life of Valmiki, historian and scholars have used the Ramayana to decipher the time period in which he lived. Scholars have narrowed down to around fourth century BC. Dr. Awadesh Singh has also introduced us the different versions of Ramayana popular in different parts of India like, Tulsi-Krta Ramayana of Gujarat, Saptakanda Ramayana of Assam, Kannassa Ramayana of Kerala and many more. 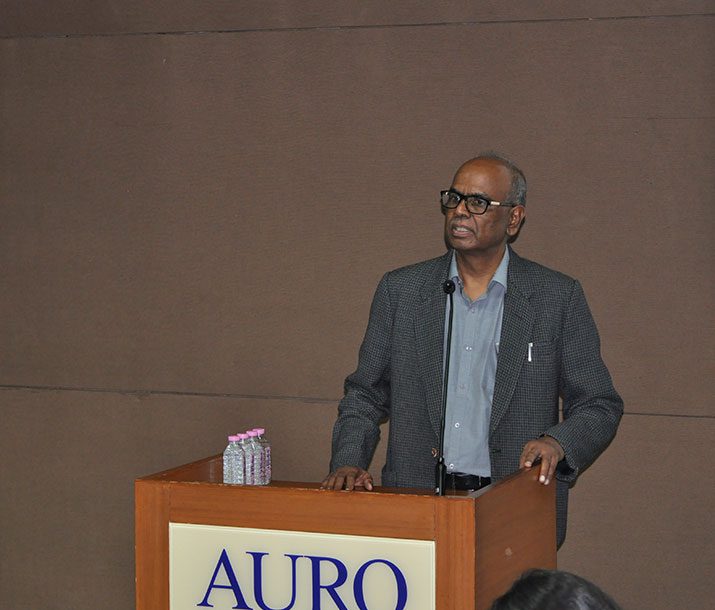 How sage Narada arrived at the hermitage of Valmiki to enlighten him, after this forest hunter Valmiki has become Maharishi Valmiki who authored epic Ramayana into 24000 verses divided into seven kandas and 500 sargas. The verses are written in a 32 syllable meter called “Anustubh”. He also mentioned about Valmiki is first known literary genius and he has given the title the Adikavi.

He also explained how Valmiki Ramayana gave readers a chance to experience ancient Dharma culture and portrayed by various elements and values. He has narrated how the epic explored ideal relationships among mankind, the ideal man, and the constant battle between good and evil, relationships between father and son; brother and brother, friend and friend, and wife and husband.

Dr. Awadesh Singh has also narrated the events of Rama’s exile to forest and Rama ‘s quest for knowledge led him to visit sages lives in forest. During the journey to forest he visited Bhardwaj Muni Ashram to seek his guidance where to say in the Forest. Bhardwaj has advised him to live chitrakut. The best part of Rama being King he never complained about his exile. Raman even praised Kaikayee who is the prime reason for his exile after his return from exile.

The depiction of characters of Ramayana reflecting the moral values prevailed in that yuga. Though there are several versions Ramayana’s written by great poets, Valmiki Ramaya remains authentic source of epic Ramayana.

The Second book talk was held on 7 Sept 2017. Prof. Rohit Malhotra had reviewed the book titled “Upside the downturn” authored by Geoff Calvin. Prof Malhotra has narrated, how companies adopted different styles of strategies during the great recession period for companies’ survival. He has explained how companies overcome the recession by resetting priorities. The book took real life practioner’s experiences, how they build resilient business which can sustain tough situations in uncertain future. 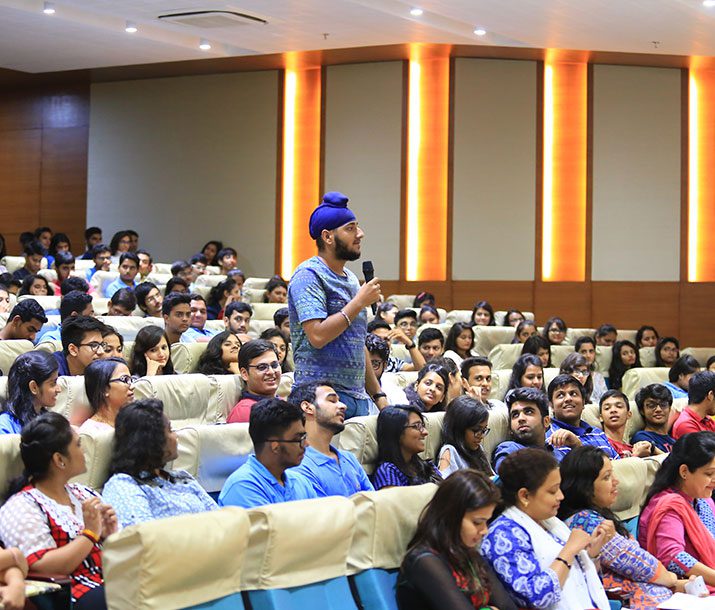 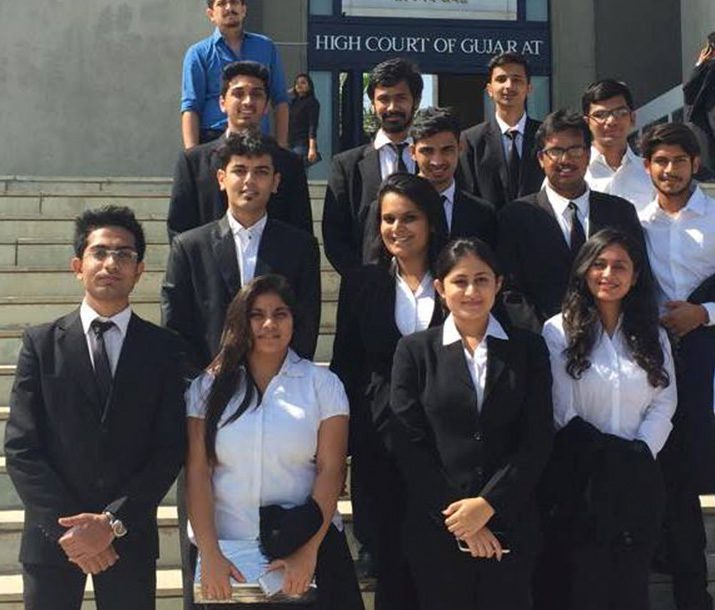 The third book talk was held on 14 Sept 2017; Prof. Vimal Shukla had talked about the book titled “The new gold standard: 5 Leadership principles for creating legendary experience courtesy of the Ritz Carlton Hotel company” authored by Joseph a Mitchelli. Prof. Vimal had beautifully narrated how Ritz Carlton evolved the strategies for providing the ultimate guest experience to the customers and taken even small issue with utmost care and concern. How the Ritz Carlton has empowered the employees and encourages them to develop innovative actions in order to provide WOW feeling among the customers” please add or delete whatever you feel to do.

21st Book talk was held on 14th September 2018, Mr. Ilay Kumar Tadvi of the library had delivered a talk on a book titled “Sherlock Holmes ni Jasoosi Kthao” He narrated the classic writing style of Sir Arthur Connon Doyle (author-creator of fictional Sherlock Holmes) and his mastery over creating suspense thrillers. The Character Sherlock Holmes has become so popular that the author compelled to keep Sherlock Holmes more intelligent and brave in his stories because of public emotions attached to the character.” 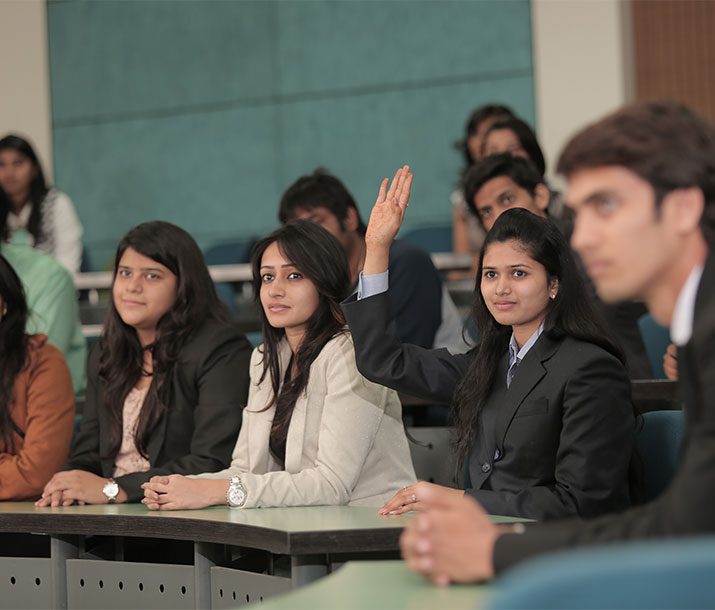 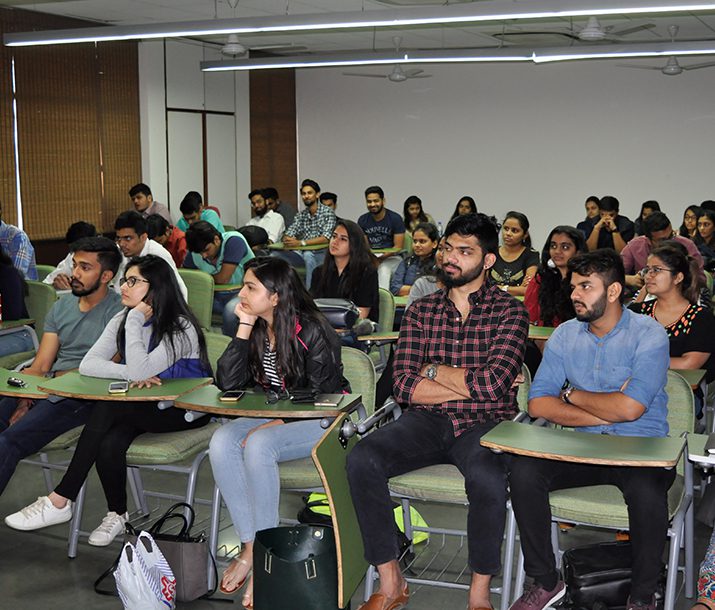 “22nd Book talk was held on 20th September 2018, Ms. Pinal Vasanwala Patel, educationist, and storyteller from Surat had delivered a talk on a book titled “Most and More” by Mahatria Ra. She narrated the summary of the book most lucid manner and audience were enjoyed a lot. She explained how the author has shared his wisdom gained through a lifetime of research. Guiding simple techniques to achieve the path of success & happiness, making realizing simple and big things and their importance in life.”

“25th book talk was held on 11 October 2018, Ms. Muskan Mehta, a student of the school of liberal arts has delivered a talk on a book titled “I am Malala” authored by Patricia McCormick with Malala. Ms. Muskan narrated the story of Malala since her childhood days and the Swat valley and the substandard conditions of civic facilities. Swat valley is dominated the militant group like Taliban and how difficult for a woman to stood up for the cause of education. And the way Jihadists looking for her in the valley, searching every house in the valley, at last, they shot her in the head while she is returning from School. The way Muskan narrated the book, the audience is well received”. 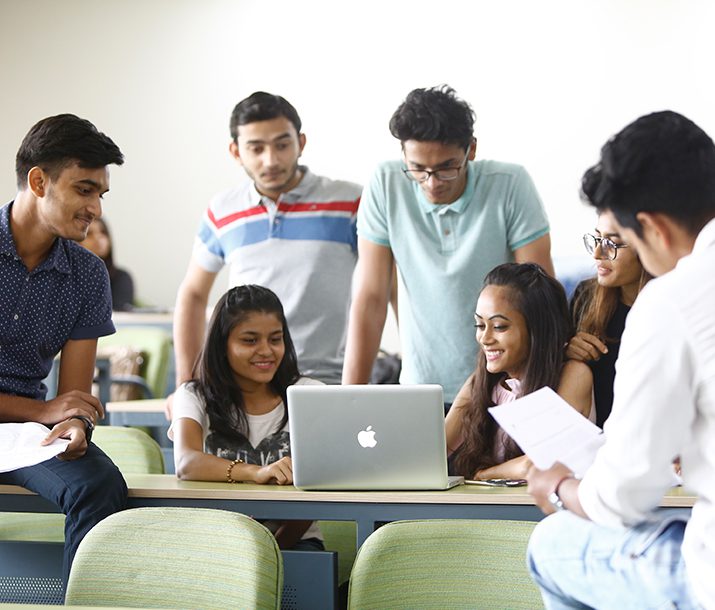