Prof. Sudhir Andrews is a graduate of St. Stephen’s College and MBA from IIM Ahmedabad. He is considered the first MBA to join the Hospitality Industry. He rose quickly to head the Human Resources of the Oberoi Hotels and set up the Oberoi Hotel School. He later led the Human Resources of ITC Welcomgroup and rose to be Director-Personnel on the Divisional Board. He commissioned the Welcomgroup Graduate School of Hotel Administration in Manipal. He later joined the Government and was Principal of Institute of Hotel Management, Pusa, Delhi. He was on the Boards of the National Council and several IHMs in the North and West of India. He was on the National Hotel Classification Committee and worked with the UNDP, ILO and WTO on educational and training projects. He was sent on a Fellowship by the Government of India, to Ireland and England to bring back an hospitality educational model for the country.

He moved to Dubai and spent 15 years serving as a Director HR of a prestigious Hotel Chain; Group Vice President HR for a multinational Arab company; Talent Consultant to the Ruler of Dubai, and Consultant with a British HR Firm at the Knowledge Village
He is the author of 11 Hospitality books accepted by AICTE as the official reference and textbooks of the hospitality industry. He is been awarded the “Rashtriya Gaurav Award”; “Rajiv Gandhi Excellence Award”; “Indian Achievers Award”, “International Intellectual Achievement Award for Education Excellence”, “Best Citizen of India” and several others in India and abroad for his contributions to hospitality education. His most cherished award is the “Sri Ram Award” for the best management thought, presented by the President of India for his original work on Continuity Planning. 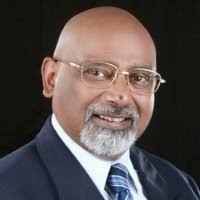